The Ulster County Regional Chamber of Commerce dates back to January of 1903. At that time, a group of business owners who belonged to an organization called the Business Men of the Rondout, met to form a “permanent” organization.

They decided the new organization would be called The Chamber of Commerce of the City of Kingston. Officers elected at this meeting were: I.M. Weiner, President; P.A. Canfield, 1st VP; W.F. Rafferty, 2nd VP; J.J. Johnson, Treasurer and E.F. Mac Fadden, Secretary. Other notable business leaders at that first meeting were E. Hiltebrant, H.E. Wieber, H.C. Connelly, Jr., John W. Heaney, along with Messrs Alliger, Stern, M.B. Myers and Bacharach. Annual dues were set at $1! Among the first order of business was to find a location for the Fuller Shirt Factory. Organization records beyond this time frame became sketchy at best. 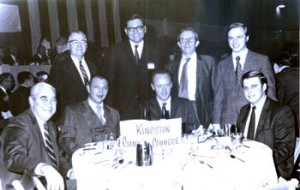 In the early sixties the name was changed to the Kingston Area Chamber of Commerce to reflect its growing role. In May of 1971 the organization incorporated as the Chamber of Commerce of Ulster County. Then  in July 2010, in order to better represent our growing membership in the region we became the Ulster County Regional Chamber of Commerce. The Chamber remains today the largest and most influential voice of business in the region. During this time the Chamber has had only four CEO’s. The late Albert Kurdt served for 17 years, Peter Allen 4 years, Len Cane was at the helm for 34 years and, in 2003, Ward Todd became President and CEO.

The Ulster County Regional Chamber has been an integral part of a number of exciting initiatives over the past several decades. The Chamber was instrumental in creating both the Ulster County Development Corp and the Industrial Development Agency (UCDC & IDA) with the County Legislature. The Chamber also played a major role in bringing Cornell Cooperative Extension to the County. Working with Ulster County Community College brought about the establishment of the Service Corps of Retired Executives known as SCORE and, was a part in growing the Ulster County Fair. For some ten years the Chamber was heavily involved in attracting and hosting the Miss New York State Pageant. 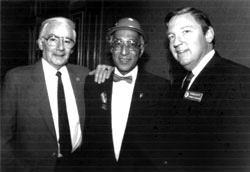 Another significant Chamber program is the Ulster Leadership Development Institute, creating a cadre of leaders for our nonprofit agencies. More than 300 graduates have successfully completed this series of eight month classes. This, in part, is the Ulster County Regional Chamber of Commerce. It is a vital, growing and constantly adjusting organization representing all facets of business and community. There is much more to come!

During the early 1920s, City of Kingston officials wanted to build a major hotel in the municipality. Disappointed to learn that numerous national hotel representatives contacted felt that the city’s remote location would not support such a venture, a local committee was formed to study the prospect further.

With first-class hotels like the Nelson House in Poughkeepsie and the Palatine in Newburgh not only thriving but attracting large gatherings to their respective cities for conventions and other functions, Kingston’s leaders firmly believed that their city was poised for an equal representation and business venture.

Following an extensive study overseen by the Kingston Chamber of Commerce, the Community Hotel Co. of Kingston was formed to oversee a fundraising initiative to raise money for a hotel project. Selling common stock in the venture, the city soon raised $450,000, enough to construct, furnish and decorate the structure.

“The site where the hotel was built originally was occupied by a three-story brick home that belonged to Gen. George Sharpe, who served in the Civil War on Gen. Grant’s staff,” said Kingston Historian Edwin Ford. “They put the home on rollers and pulled it back about 200 feet with winches to save it.”

The hotel featured 125 guest rooms, each including a lavatory and toilet and most supplied with a bathtub or shower (a luxury amenity during that era). A formal ballroom, restaurant and sizable public spaces on its main level were designed to support large gatherings.

The name selected for the new and elegant building was the Governor Clinton Hotel, named after George Clinton, the city native that became New York’s first governor (and, at 21 years, the longest-serving governor in the United States) and then served as vice president under both Thomas Jefferson and James Madison.

Prior to its grand opening in 1926, officials hired the American Hotels Corp. to operate and manage the hotel. A carefully crafted arrangement was drawn up to ensure that the hotel’s investors received a share of all profits generated as well as regular dividend payouts.

Despite the national representatives’ doubts, when it opened the Governor Clinton Hotel flourished and its well-appointed rooms, restaurant and catering facilities attracted numerous wedding receptions, meetings and other functions. It was considered a hotel equal to any in New York City.

The local Kiwanis Club held an annual dinner meeting at the hotel for 50 consecutive years and it hosted many national and worldwide dignitaries.

“In 1959, Princess Beatrix of the Netherlands visited Kingston and attended a luncheon at the Governor Clinton Hotel,” Ford said.

Like Poughkeepsie’s Nelson House hotel, the Kingston structure became the first home for a local radio station, WKNY, which began broadcasting there in 1939.

Known for its fine dining, meals were included with the room rate. In addition to hotel guests, local residents frequented its popular restaurant. 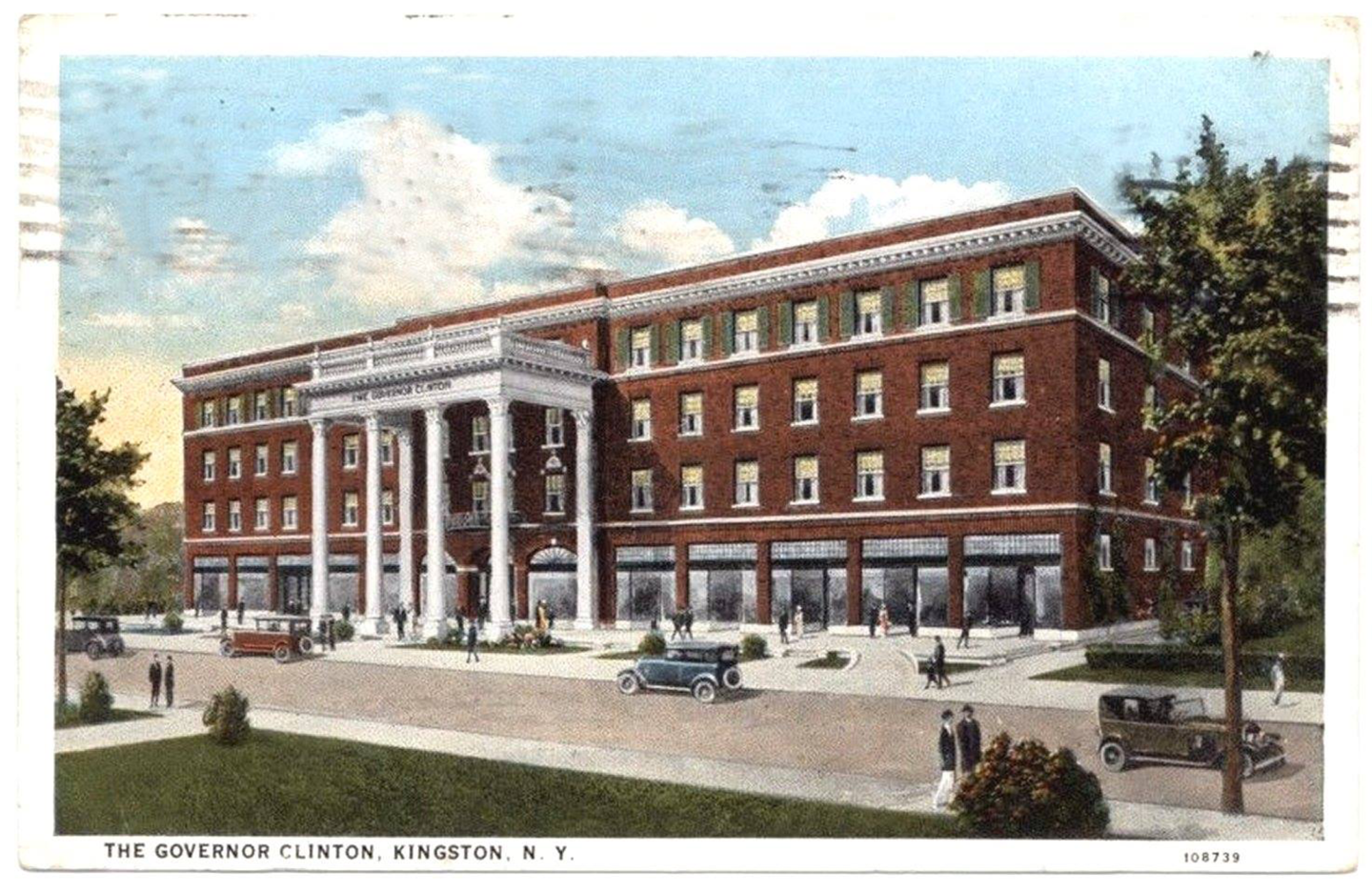 The former Governor Clinton Hotel is at 1 Albany Ave., Kingston

Over time, as numerous, more affordable motels began to open in the area, the hotel struggled to fill its rooms. By the mid-1970s, a decision was made to convert the facility into senior apartments.

While the former hotel guest rooms enabled its new operators to make a smooth transition, the structure’s ballroom and meeting spaces were easily transformed into venues that supported senior living with fitness programs, a learning center and game and social rooms.

“They knocked down some walls to make one-bedroom apartments and we have 88 in the building,” said Francesca Ordolano, Governor Clinton Apartments manager.

The hotel’s eponym died as the result of a heart attack in 1812, at the age of 72. He was vice president at the time of his death and was buried with honors in Washington, D.C. In 1908, his body was reinterred in Kingston, where it rests in the Old Dutch Church graveyard, a short distance from the hotel named in his honor.